My Christmas cards ran into a few obstacles this year, but I love these backup “happy new year” cards from Minted.

Happy first Friday of 2014!  I kind of fell off the blogging wagon (again) towards the end of the year (I’m blaming it on the holidays), but being better about blogging is one of my (many) resolutions for the new year.  I have lots of healthy recipes on my “to make” list for the month, and Santa brought me a new MacBook Air (!!!!!), so hopefully this is a resolution I’ll actually keep.  Others include:

Eating More Fruits and Veggies – easy to do when it’s satsuma season! 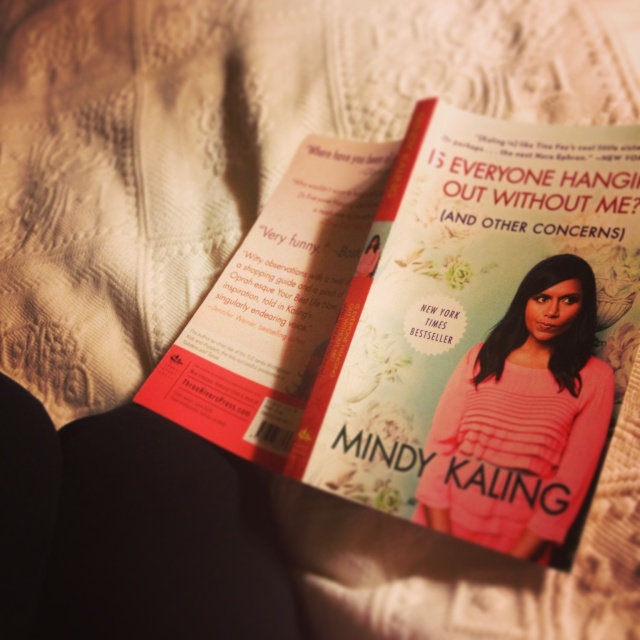 Reading More – Mindy’s book is a re-read, but so much funnier than I remembered. And so nice to read an actual book rather than a screen for a change (don’t worry, I have some more substantial reading on my list as well). 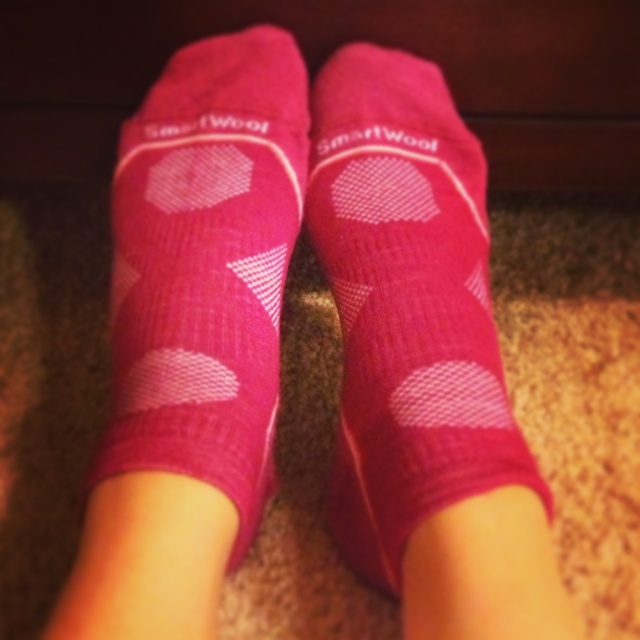 OK, this isn’t a resolution, I just really love the new SmartWool socks my mom put in my stocking for Christmas (yes, I still have a stocking!).  I’m generally not a sock person (I could wear flip flops almost year-round), but these keep my feet so warm and toasty, it’s impossible not to become addicted.

Anyway, I hope everyone had a wonderful holiday season, and that the new year is off to a great start.  I’m looking forward to de-cluttering my apartment, hitting the gym with renewed vigor (despite the January crowds), and taking advantage of all the new beginnings this year has in store for me (I could definitely use a few).  Here’s to a happy and healthy 2014 for all of us!  If you have any book recommendations, recipe recommendations, or resolutions to share, I would love to hear them in the comments!

Hello again, Friday. It’s gray and rainy here in Seattle, and I’m loving every minute of it (I can say that only after confirming the forecast predicts a sunny 75 for my friend Jody’s wedding tomorrow). I fell asleep to a thunder and lightning storm last night, and woke up feeling more rested than I have in weeks. I know fall isn’t here to stay quite yet, but I love these first few hints of it. Between two weddings, Husky football, my fantasy draft (ESPN gave my team an A, if you were wondering), and the birth of my good friends Wes and Kyle’s new baby girl, there was a lot going on this week. A few highlights:

{brunch at the Agua Verde Paddle Club on Lake Union} 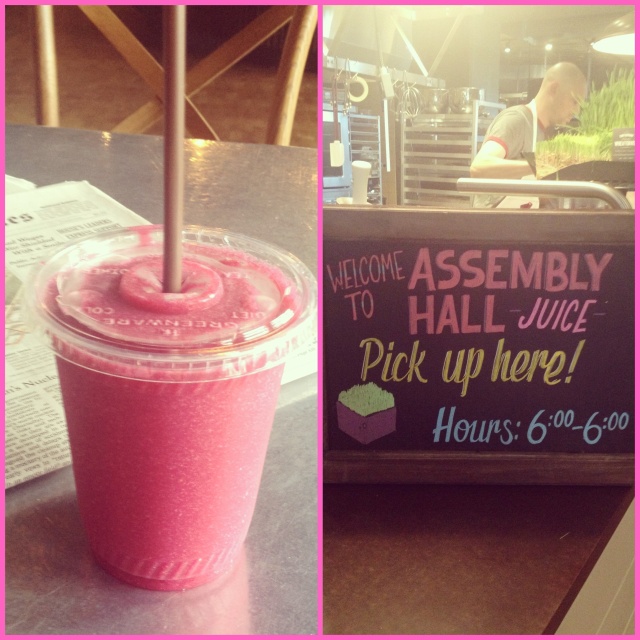 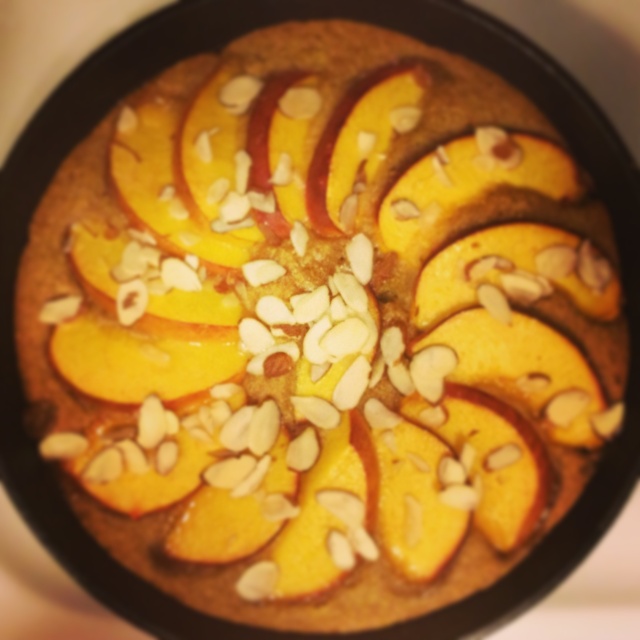 Happy Friday, everyone! No Husky game tomorrow, so I guess all I can say is Go Hawks!!

Well, we made it through another week (albeit barely, at least in my case). Could summer hurry up and get here already? Per my weather app, it should be here this weekend – which is a good thing as I’m in dire need of some Vitamin D! Way too many treats this week (last weekend) – I’ll have to get more creative next week as I’m officially off of sugar! 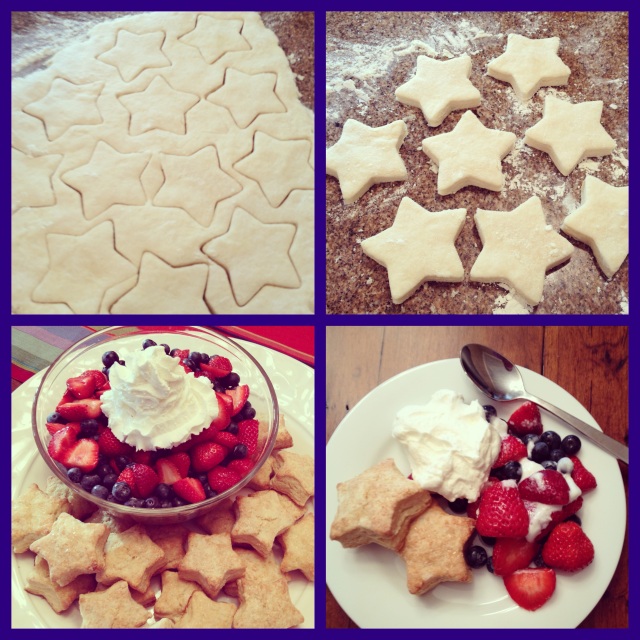 DIY mimosa bar while you wait for breakfast at Lovejoy Bakers (thanks Heather and Eleanor for a fun Sunday morning!).

I’m obsessed with this bookshelf at my friends Ryan and Amanda’s house (the host and hostess of the Memorial Day BBQ I attended on Sunday night). Fabulous house, fabulous friends, and I love all of Amanda’s decorating ideas – she’s the closest thing I know to a real life Martha Stewart! 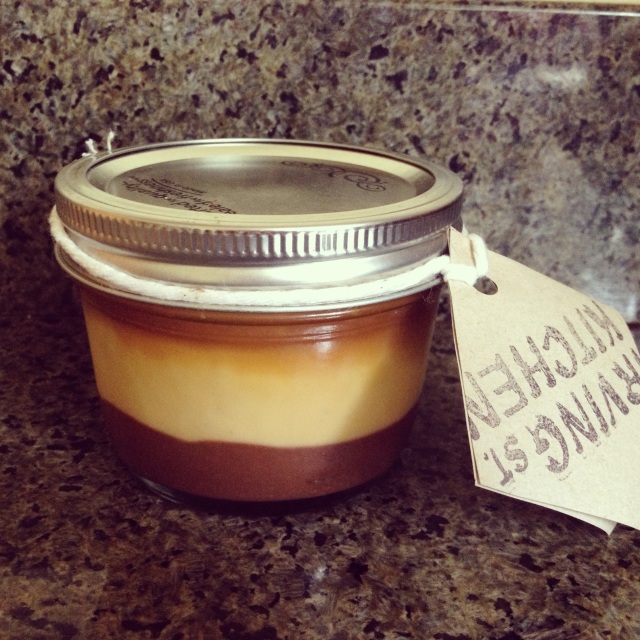 Take out dessert from Irving Street Kitchen – why don’t more restaurants do this? I hardly ever order dessert (ignore below), but when they have a whole “to-go” section on the dessert menu, it’s hard to pass up. Plus how cute is pudding in a mason jar?

I’m taking a trial separation from refined carbs, so this dessert (or at least half of it) was my last hurrah. Chocolate chip cookie with pistachio gelato from Ballard Pizza Company – in its own cast iron pan – thank you Ethan Stowell!

So this morning I was running on time for a 9 am meeting (highly unusual for me, especially on a Friday!) – I entered my building at 8:55, but I hadn’t had coffee yet. To a normal person, 5 minutes to make it to one’s office and then get situated for a meeting means clearly no time for Starbucks – especially because the Starbucks in my building always has a huge nine o’clock rush. But I let myself peek in as I headed to the elevators, and what do you know, there was no line. My favorite barista grabbed a grande cup as soon as he saw me, and my drink was made before I had even paid for it. I made it to my meeting on time, with coffee in hand. A Friday morning miracle, so no complaints from me today!

My friend Amanda made these for a Selection Sunday party last weekend, so when I was trying to think of something to put in a care package for my cousin Ellie earlier this week – she attends a certain university in the Pacific Northwest with the number one ranked team in college basketball – I decided to copy Amanda and send Ellie some game-watch treats. I browned the butter and added a little sea salt (recipe from this cookbook), and then just cut out the “basketballs” with a biscuit cutter and piped on some melted chocolate. Crafty and delicious!  Although I’m not sure any Zag fan was able to eat during or after yesterday’s game – I still feel slightly nauseous. 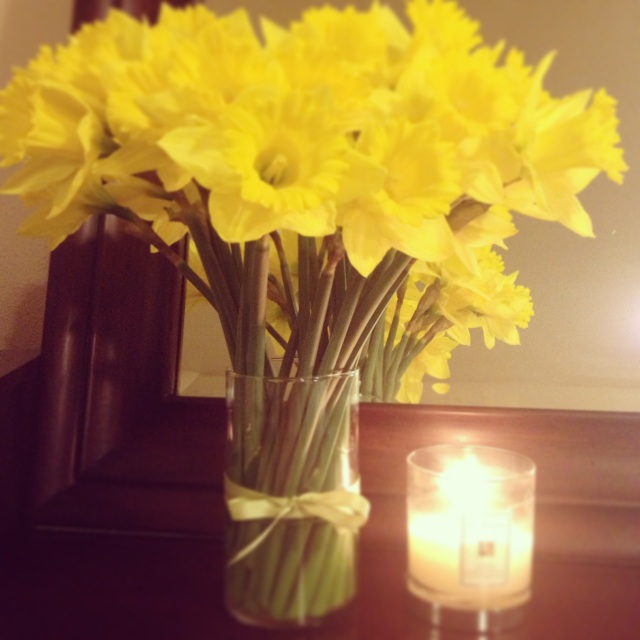 Daffodils remind me of my paternal grandparents, both now deceased – growing up we spent hours and hours playing in the apple orchard behind their house, where the daffodils would cover the ground in March and April. This bouquet makes me think of them, and makes me happy. 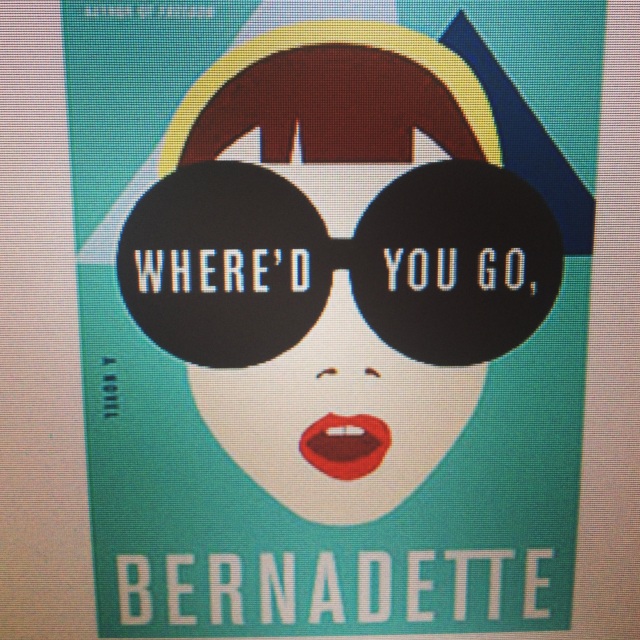 I used to be an avid reader, but these days between work, the gym, social obligations, and DVR, it seems harder and harder to make time. Thanks to some recent trips and my new iPad mini, I’ve rediscovered reading, which is great, but I’ve also rediscovered how obsessed I get with reading, which is less great (at least, less great when you ideally should go to bed before midnight, or not take a two hour lunch break, etc.). It may be the same impatience/lack of willpower/obsessive personality that enabled me to get through all of season one of Downton Abbey in a week last January, or both seasons of Game of Thrones in two weeks this January (I could go on), but I wasn’t able to put this book down. Hilarious, satirical, heartfelt, and set in Seattle so that much more fun to read. I promise not to go all Oprah’s Book Club on you, but if you’re looking for something fun to read, I would highly recommend this book. And if you have any other book recs, please send them my way – I leave for Hawaii in a month so I’m starting my list now.

I found these little bunny candle holders while going through some of my old belongings I’ve been storing in my parents’ basement. They’re from my Pottery Barn discount days (which I really miss), and since they’ve been boxed up for the past few Easters I thought this year I should probably put them out. I love the retro, 50s feel of the colored glass – they look like something I would find at my grandma’s house, rather than something I bought at U Village in 2007.

I saw this recipe on Pinterest the other day – Miraval is Oprah’s spa in Tucson, which I can only hope to be able to afford some day. In the meantime, I love their cookbook and their blog recipes. Some people might recognize these as “Magic Bars” (I didn’t, but a few people at work did), but they inspired me since the recipe says they’re knock offs of my favorite girl scout cookie, Samoas. Healthy(ish) Samoas in bar form, what could be more delicious. The recipe calls for sweetened coconut – I used half sweetened and half unsweetened, and they’re still plenty sweet. A girlfriend at work (where I bring most of my baked goods, lest anyone be concerned I’m eating them all myself) suggested adding a layer of Nutella, which would probably be amazing.